The Daleian Singers originated in the mining village of Silverdale, North Staffordshire in 1957 formed by a mixed group of choristers drawn from both the local Methodist chapels which had a rich choral tradition, and from local operatic societies. Envisaged as an ‘entertainers’ choir as a counterpoint to the more traditional choral groups in the area the choir nevertheless soon racked up an excellent competition record to complement their concert success.

This has continued to the present day; winning both the Male Voice and the Open Choral trophies at Biddulph Music Festival in 2014 and in November 2015 taking home the prestigious Male Voice title at the North Wales Choral Festival at Llandudno and retaining that title in November 2016. In 2019 this was eclipsed at our first visit to the Cornwall International Festival of Male Voices where we came second in the International competition and won best UK choir overall. The choir have sung with many illustrious guests over the years including; Joan Sutherland, Stuart Burrows, Alfie Boe and bands such as the James Shepherd versatile brass and the Fodens Works Brass Band. Our current membership is around 60. We have a good social calendar with trips to the theatre and weekends away (hopefully incorporating a concert) and it’s always enjoyable to continue the concerts in the nearest pub.

We are also unique amongst Male Voice Choirs (so far as we believe) in having a street (or to be more accurate, a forecourt) named after us. We rehearsed at Silverdale County Primary school for many years until a new school was built and the old one demolished; Daleian Court occupies the area that used to be the school playground. 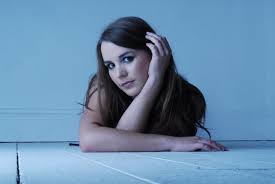 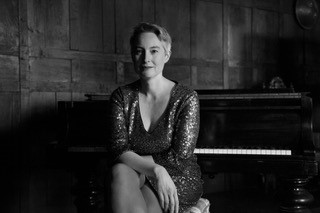 Born in Staffordshire, Harriet was brought up in a highly musical family thus fuelling her great passion for music. She began singing at a very early age and has always sung with many choirs including the English Concert Singers. It is through her choral training that she has developed as a concert singer, performing in choirs and as a soloist at venues all across the country including The Royal Albert Hall, The Royal Festival Hall, Symphony Hall and National Indoor Arena.

In recent years Harriet has taken a special interest in anatomy and physiology of the voice and is a prime advocator of vocal health and safe singing. She continues her own development as a singer and singing teacher at The Royal Academy of Music in London, where she has the privilege of training under some of the best voice specialists in the world.

Since graduating from the department of music at The University of Sheffield, Harriet has been teaching singing and music in schools and colleges throughout Staffordshire and Yorkshire. She was a resident teacher of singing and music at SLP College, a specialist Performing Arts college in Leeds for a number of years but has recently accepted a new post as Lecturer in Music, in North Staffordshire.

In 2006 Harriet took a conducting post with The University of Sheffield Singers’ Society, directing the society’s Small Groups, Socii Cantorum and the Ladies Choir. Both choirs are young, thriving and successful and are highly acclaimed performers for the University and South Yorkshire.

Her role as a choral director has led to her working a number of exciting projects for TV and Radio including the BBC and ITV. On such projects she works as a director, vocal coach and music advisor.

Jenny is an accomplished pianist, violinist, teacher and composer based in Stone, Staffordshire.
She has worked with many Staffordshire choirs, including Stone Choral Society, Cantemus
Chamber Choir, Cantiamo Chamber Choir and Chetwynd Choral Society.
As a performer Jenny’s recent solo piano recitals have focussed on Czech music, in particular the
works of Martinu and Janáček in which she specialises.
Jenny is passionate about education and teaches children and adults of all ages and abilities, also
accompanying instrumental examinations, A-Level music assessments and university degree
recitals.
Since completing her MA in composition at Keele University Jenny has written music for theatre
and television and has had many worldwide CD and vinyl releases as a recording artist.